The year of change for Pharma 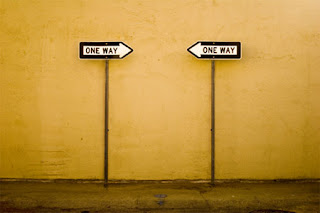 We are close to the end of a for sure turbulent year in the pharmaceutical sector, so it’s time for some reflection on the most important developments. Pricing professionals will remember what I called “The perfect pricing storm” in Europe in 2010. The crisis arrived via the CEC Region and other shaken markets such as Spain - almost all countries introduced new measures of cost containment and anti crisis packages throughout the year that resulted in significant price cuts and change in international price referencing rules and frequency. Some countries took an incredible hard stand in that regard by for example refusing to accept company pricing sources in their calculations coupled with other ad hoc changes. Greece was an entire mess, to say the least, and still certain rules have to be sorted out as for example the formula to price referencing of orphan drugs. Mr Witty, from GSK at a recent healthcare conference, remarked in that that regard: "We cannot address budget challenges and the impact of the financial crises using blunt tools such as international reference pricing. Such short-term responses will damage the innovative capability of Europe,".

The dawn of Risk sharing and alternative pricing
Risk Sharing, market access agreements, alternative pricing, or however we want to call it, is on the rise and many meetings and conferences took place on the matter throughout the year. It is clear that new concepts were required in order to overcome the problems caused by international price referencing – currency fluctuations during the year made things even worse – and to manage cost per QALY threshold issues in the UK. Italy simply made performance/outcomes based agreements mandatory for any Oncology drug. A lot of progress has been made but people are still not sure where this is all going. In my view it will be an important opportunity to do things different because one thing is clear after such a tough year, business is going to be very different from now on.

Value based pricing on the horizon
The other major development is the announcement of the UK government to reform the PPRS and to introduce value based pricing by 2014 and to “depower” NICE to some extend. The industry proceeds with caution with respect to VBP - i.e. engages in further discussions with various parties but not necessarily taking a strongly proactive/driving approach at this time as it seems. There appears to be a lack of consensus on what payer goals with respect to VBP. The primary obstacle for moving forward with VBP would appear to be not the concept but the implementation - i.e. the methodology. Therefore being aware of and wherever possible involved in further discussions regarding methodology will be key to the manufacturers having a good understanding of, and ideally influencing, this debate.

Relative efficacy/effectiveness assessment
In November an interesting meeting took place on the topic in London. It was a debate over the issue of relative efficacy/effectiveness assessment at launch and the role and process of the various stakeholders. EMEA supports a further collaboration between regulators and HTA agencies and somewhat expressed that they could play a role in rel. efficacy assessments whereas the industry speakers made clear that they see no role for EMA in the assessment of relative effectiveness and that it should remain a national matter as this requires a consideration of country specific factors: relative efficacy and effectiveness assessments must be separate from regulatory approval. It seems that in short term a movements towards a pan EU relative effectiveness assessment are not very likely, however central relative efficacy assessment might become a possibility. HTA agencies, namely NICE, outlined that the assessment for relative effectiveness is of course key as part of a drugs cost effectiveness evaluation however that methods need to be further developed. In that regard it was interesting to hear from a German representative of a regional health insurers association that Germany is not expected to do much economic evaluation as there will be an assessment of added therapeutical value done by IQWIG institute, it appears that the ministry of Health not GBA is now charged with the responsibility to develop a methodology. Orphan drugs will not be exempted form that evaluation if the expected sales volume is more then €50 million. Drugs can be priced freely in the first year than the assessment of added therapeutic value takes place. A product deemed not to offer additional value will automatically be put into the therapeutic reference price system, if additional value is assessed manufacturers can negotiate price with sickness funds, if no agreement is reached sickness funds will apply international reference pricing (average of the 5 major EU markets)

It is quite clear that some HTA agencies struggle to find their role in a changing environment, especially NICE - value based pricing will be implemented by 2014 - depending on the system and methodology that maybe an opportunity or further complication the business in the UK, Risk is that such a system however set up will be "exported". Belen Garijio, European President Sanofi Aventis, stated that the problem is much bigger, one of financing problems and decreasing R&D productivity of pharma. She also sees innovative pricing and risk sharing as a viable business strategy however fundamental question are not resolved in her view, such as how will society fund high cost, step by step innovation medicines in end of live situations?

Market access - revisited
The new concept – or shall I say buzzword – of Market Access has now arrived even in the smallest company. In fact it all started with a varying terminology around one single problem: Scarce healthcare resources and their allocation over competing treatments/technologies/drugs: “access”, “payer relations”, “health economics assessments”, “pricing and reimbursement issues”, “HTA”, “relative effectiveness” , “cost-effectiveness”… are the words we heard a lot... So in the end it is a new name for an essentially “old” thing. Today 'market access' is more than ever about real life evidence creation such as clinical data, at and after launch (relative effectiveness) as well as cost-effectiveness and value based pricing (if we want to use that term alreday). Therefore to me nothing is really new, apart from implementing a more coordinated approach that entails: Go/no go (early payer engagement); Reimbursement with evidence development; Risk Sharing, Alternative Pricing and Bilateral Agreements and last but not least an “orchestrated” approach of functions such as Pricing, Health Economics, Patient Advocacy, External Affairs & Communications etc..
I am sure a lot of reorganizations and title shuffling will be continuing in 2011 coupled with announcements of further workforce reductions in order to meet the challenges of the future healthcare environment. What is imperative however is a stronger focus on the science front and better ways of creating an environment that allows to create the R&D productivity that is needed to sustain an industry that has already brought so many benefits to patients. Capabilities to look at, and build, the pipeline from an early stage for distinctive value and being able to create the data that substantiate that value will be as important as the ability, on both sides - industry as well as health authorities, to come to more innovative commercial and/or performance based agreements. The companies who will master these points through intelligent and modern organizational and capability building exercises will be at the forefront, regardless of what you name that “baby”.

With that I thank all the readers for their time and interest, your loyalty to the blog – we have grown quite a bit this year, for the many encouraging comments, articles, news etc that you have sent.

I am wishing everyone a wonderful and relaxing holiday season and a fresh start in 2011.

Nice article, thanks for the information.