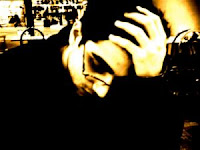 Recently I had an interesting conversation with an analyst at a biotech company seeking my advice as to career changes towards the area of health economics. The basic question many students or young analysts have is wether to persue an additional degree, stay in science (pharmacy, biostatistics, medicine etc.) and add on, do economics instead or both. I feel that is an interesting question for the readers as well as many of you are hiring managers - some feedback would be interesting. Now, my view is it depends where you wanne be. Headquarters based, "pure", early phase outcomes research positions may do better with scientist experienced in trial design and observational research, instrument development etc. whereas more market focused jobs clearly require thourough business knowledge and personalities. I often - granted am quite biased having graduated as a political economist - find it quite difficult to discuss certain aspects with the very science driven outcomes researchers as some of them seem to struggle with the "big picture", especially when it comes to linking health economics concepts with strategic pricing and/or general financial considerations in the market place. Here I find the pure economists/MBAs to be more pragmatic and knowledgable. I think in any case it'll be key to break down the silo mentality still existent in some places in order to maximize the skill sets available in Medical, P&R, Health Economics in order to arrive at a sound market access strategy.
So maybe it doesn't really matter which degree you have as long as you are open to learn, listen and proactively exchange knowledge with everyone at the table...
Posted by ustaginnus@hotmail.com at 5/22/2008 2 comments:

From seeking alpha
seekingalpha.com
May 13th

Big Pharma’s failure to develop enough new blockbuster drugs is combining with other forces to drive fundamental changes in pharmaceutical research and development, according to Deloitte. Chief among these will be the emergence of “NewPharmaCos” concentrating on genotyped market segments. The companies may be startups or spinoffs of existing pharma companies, Deloitte says in a new report The Changing Face of R&D in the Future Pharmaceutical Landscape.
According to the report, current R&D programs focused on developing a small portfolio of high revenue blockbusters will evolve to R&D programs focused on high efficacy treatments developed for smaller patient populations based on specific genotypes. Such treatments, and their higher demonstrated efficacy, may ultimately have the potential for higher per treatment revenues.
Looking at the issue historically, the report lays out one of the problems faced by today’s pharmecutical firms:
In a classic Catch-22 situation, the more effective companies were at developing such mass market blockbusters, the more effective they needed to be in developing even larger revenue replacements, as patents on existing products expired and markets were lost to generics.
R&D budgets have greatly increased since the late 1990s. "However, massive scale has not increased R&D productivity. FDA approvals of New Molecular Entities have at best remained steady, with only a handful of these approvals being truly innovative, first-inclass molecules. Despite recent attempts at outsourcing and other modes of increasing effeciency, results have been mixed, and a more “fundamental shift in the industry’s operating environment is under way."
Yet, while individual companies have achieved performance improvements in different aspects of R&D, no signiﬁcant industry-wide gain is evident.
Phenotyping of diseases is being replaced by an understanding of disease at the molecular level. Segmentation of patients based on observable characteristics is being replaced by segmentation based on genotype (with efficacy assessed by related biomarkers). This change cannot be underestimated, Deloitte says.
Technological advances are increasingly providing companies the opportunity to link treatments and efﬁcacy to genetically homogeneous patient groups.
While typical blockbuster efﬁcacy rates range from 35 - 75 percent, genotyped market segments and biomarker-assessed responses promise treatments with signiﬁcantly higher efﬁcacy rates, possibly approaching 100 percent.
A critical determinant of financial success for these new entrants will be ownership of the genotype–biomarker combination that identifies high-efficacy treatments for a particular patient–disease state. Whether determined upfront, as in the case of Genentech’s (DNA) Herceptin® or Imclone’s (IMCL) Erbitux®, or retroactively in the case of Sanofi’s (SNY) Clipidogrel, this knowledge permits the evaluation of current and potential products to identify and fill possible treatment gaps.
Deloitte expects the future makeup of pharmecutical R&D to include:
R&D strategies that support the assembly of treatment portfolios for the entire disease life cycle.
Virtual, disease-specific R&D networks.
Virtual R&D processes with significant outsourcing to maximize flexibility and manage development risk.
Focused R&D programs based on genotyped patients/subjects and biomarkers.
Partnering and collaborative ventures to access disease knowledge communities.
Posted by ustaginnus@hotmail.com at 5/20/2008 No comments:

The voice of Roy Vagelos carries some weight in the pharmaceutical industry.
The former chief executive of Merck, who now serves as chairman of two biotechnology companies, had some choice words about drug pricing during an annual meeting of the International Society of Medical Publication Professionals in Philadelphia.
Not surprisingly, Vagelos, who headed the company's drug discovery efforts before he took the corner office, thinks most medicines are a "terrific bargain." In the United States, the prices of medicines are justified by their value in preventing or controlling disease and managing conditions that have the potential to lead to more serious health problems.
But even Vagelos has a problem with a cancer drug costing $50,000. The medicine in question, which Vagelos never referred to by name, may add as much as four months to the life of a patient battling colorectal cancer. The drug, Avastin, is marketed by Genentech.
"There is a shocking disparity between value and price, and it's not sustainable," Vagelos said, according to a blog posted by CNBC reporter Mike Huckman. "The industry will bring about government price controls which will be devastating."
There is something else that troubles Vagelos about the steep prices of medicines: It doesn't help the image of the pharmaceutical industry.
"In the past, because of their enormous contributions, the industry was held in high regard," Vagelos said by telephone this week. The industry's reputation began slipping as early as 2004, around the time of Merck's withdrawal of the once-popular Vioxx painkiller because of safety concerns.
"The drug industry dropped close to the bottom," Vagelos said, "along with gas companies and the cigarette industry. The high cost of drugs entered into that." - Susan Todd
Manual controversy
More than half of the 28 new writers of the next edition of the American Psychiatric Association's Diagnostic and Statistical Manual of Mental Disorders have ties to the drug industry, according to the Center for Science in the Public Interest's Integrity in Science Watch.
The conflicts of interest ranged from small to extensive. Leading the pack was William Carpenter Jr., director of Maryland Psychiatric Research Center at the University of Maryland, who over the past five years worked as a consultant for 13 drugmakers, including Pfizer, Lilly, Wyeth, Merck, AstraZeneca and Bristol-Myers Squibb, according to CSPI.
APA President Carolyn Robinowitz said in a statement, "We have made every effort to ensure that DSM-V will be based on the best and latest scientific research, and to eliminate conflicts of interest in its development."
The fifth DSM, which is produced in conjunction with the National Institute of Mental Health and will be published in 2012, is used by mental-health professionals to classify mental illnesses, CSPI reminds us. - Ed Silverman/Pharmalot.com
Drugmaker's new VP
Merck announced the appointment of Eric Rubin as vice president of oncology clinical research to lead the company's efforts in developing cancer medicines.
Rubin previously served as associate director of clinical sciences and professor of medicine and pharmacology at the Cancer Institute of New Jersey, part of Robert Wood Johnson Medical School at the University of Medicine and Dentistry of New Jersey.
As associate director at the Cancer Institute of New Jersey, Rubin oversaw all clinical trial activity.
Merck, which is based in Whitehouse Station, has more than a half-dozen prospective cancer drugs in early stages of development. - Susan Todd
(c) 2008 The Star-Ledger. All rights reserved. .
Posted by ustaginnus@hotmail.com at 5/09/2008 No comments: 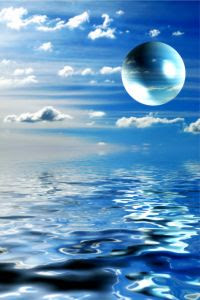 Folks, the whole health economics consultancy industry is changing and growing and I thought I post some food for thought and discussions among the readers. Since about last year there is an unbroken trend in new health economics, pricing & reimbursement, market access, health economics communications etc. consulting companies popping up almost daily - I am sure at this years ISPOR conference in Toronto exhibition space will get crowded... Looks like many wanting to still jump on the train and ride the wave of increasing demand for these services due to ever increasing health economics requirements worldwide - I guess the peack will be reached once the US gets serious about the relative effectiveness assessments and will add cost-effectiveness to it... At the same time pharma-, biotech- and device companies fight for "access" talent worldwide - it almost feels like what happened to IT folks in the '90 at the height of the .com bubble.

Many of those new companies are smaller shops of ex senior pharma executives while the bigger groups have increased merger activities and/or adding more offices and staff. From what several of my industry friends have told me though, scale hasn't really paid off for many given that the personalized service seems to suffer within the large overhead driven groups. Some also embarked in "interesting" business developments models whereby independent senior staff is helping out in shaping guidelines for government agencies and at the same time offer consultancy services to overcome the challenges they introduce...
Well, it remains to be seen if and when the bubble burst and who will finally be sticking out of the crowd.. I'd be very intersted in thoughts as to how you see this evolving. best,
Ulf
Posted by ustaginnus@hotmail.com at 5/06/2008 1 comment: