More Velcade-Style Risk-Sharing in the UK? 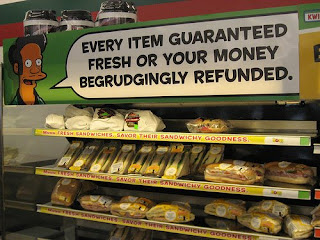 It appears that Janssen-Cilag feels a lot better now about its pay-for-performance scheme around multiple myeloma drug bortezemib (Velcade) than it did when the program was introduced in 2007.
The Velcade Response Scheme (VRS) came about out of desperation: cost-effectiveness watchdog NICE had turned down the drug as too expensive, so Janssen-Cilag, to its credit, said to the UK’s state payer, the Department of Health, ok, well if we promise to charge only when the drug is effective (and refund you if not), then will you give this to patients? The answer was yes. And now, not only have all of the UK’s Primary Care Trusts have signed up to the VRS, according to a Janssen spokesperson, but this scheme “may now be a good example of how a performance-based scheme could be structured.” That’s not a statement from Janssen; it’s from a position document issued last year by the British Oncology Pharmacy Association on risk-sharing schemes.
Indeed, such schemes have, perhaps inevitably, become a rather more regular feature of the UK drug landscape—making Janssen feel more pioneering than desperate (though Janssen isn’t the first to guarantee performance; Pfizer tried with Lipitor too).

Most of the other recent flavors of risk-sharing programs around expensive cancer drugs emerged, like VRS did, as a result of a negative NICE appraisal. Merck-Serono offered the Cetuximab Cost-Share Program around Erbitux in metastatic colorectal cancer, which involved refunding primary care trusts the cost of any vials of the drug used for patients that fell into a pre-agreed ‘non-responder’ category at up to 6 weeks. Roche instigated the ‘Tarceva Access Program’ for its NSCLC drug erlotinib, offering a rebate, in the form of a credit note against any future Roche purchase, for the amount that the drug cost over and above the cost of the incumbent NSCLC treatment docetaxel (Sanofi-Aventis' Taxotere) for an average patient duration (with an upper limit on the total number of packs).

Now granted, Roche’s program was initially introduced as a means to claw market share off docetaxel, which it was struggling to do ahead of NICE guidance. But when NICE found Tarceva to be un-cost effective—with questions around the lack of comparative data with docetaxel in particular--the scheme was formally proposed to NICE as part of a re-review. In November 2008, NICE issued positive guidance—but only on condition that the overall treatment cost remained in line with that of docetaxel. Roche had to drop the price by about 7.5%.

Critics say such programs are simply a way for industry to coerce NICE into a ‘yes’. Maybe. But there’s no denying that such schemes represent a logical way to improve patient access without breaking the bank. Indeed, the new UK drug pricing contract, the PPRS, formalizes a bunch of patient access schemes, including risk-sharing programs. And NICE, as we heard from CEO Andrew Dillon last week, would prefer such schemes to be proposed up front, before a drug is submitted for review, rather than as a last-resort of the drug fails the cost-test.

Small wonder, then, that in the last three or four months since the PPRS was published, the department of health has been in contact with various companies about schemes around several “high profile” drugs, according to David Thomson, Lead Pharmacist at the Yorkshire Cancer Network and author of the BOPA position statement.

The big problem is administration. As it is, it’s complex to administer rebates and track outcomes. The more different schemes are available, the harder that becomes. “Anecdotal evidence suggests that the VRS [and a similar scheme around Sutent] aren’t necessarily bringing the expected levels of financial benefit to the National Health Service,” Thomson told The IN VIVO Blog.

Add to this the problem of patchy uptake or availability of some of the existing handful of programs across the country, and the possibility of multiple risk-programs across a single drug for different indications, and it’s easy to see why BOPA's pushing for some sort of risk-sharing plan template....and why we may not, after all, see a flood of VRS-followers soon.