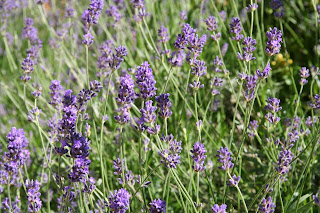 France's HAS, an agency set up three years ago to advise the government on healthcare
issues, has set out a three-year work programme for 2009-11 that emphasises its dual
economic and scientific roles. The agency was reorganised last year and set up a new medico-economic committee that is charged with devising rational reimbursement policies and otherwise guiding public spending on healthcare. HAS's aim is to have systems in place by 2011 that will provide a functioning, interdisciplinary evaluation service for the government and healthcare professionals.
Until now, the agency has limited its assessments to the medical benefits of different treatments, but its 2009-11 strategy puts the cost of treatments into the equation. It expects to conduct more postmarketing studies and to develop methods for comparing the relative effectiveness of different products and practices.
The government criticised the agency last year for working too slowly. It was struggling to cut costs from the national healthcare budget and was looking to the HAS for costeffectiveness guidance on several classes of drugs. Perhaps stung by this public rebuke,the agency has set a 2011 target of completing its evaluation of newly licensed drugs within 90 days, and a 12-month timeframe for any re-evaluation of an entire class of drugs, which might be extended to 18 months for particularly complex assessments.
The HAS also plans to examine how to set up a short-response procedure and to
determine the circumstances in which an accelerated assessment might be appropriate.
Improving the quality of the information given to healthcare professionals is also among the agency's objectives for the next three years. It notes that its responsibility to inform patients and prescribers about medicines is duplicated by Afssaps, the medicines regulator, and it hopes that the two agencies can work together. Both agencies publish guidance on the use of medicines.
The HAS is also looking at the way the industry communicates with doctors and it plans to publish a report later this year on the way doctors perceive the information they get from sales reps. It plans to establish best-practice guidance for pharmaceutical companies, but here again it recognises that this effort might overlap the responsibilities of other agencies.
Besides working more closely with French organisations, the HAS says that it will coordinate its efforts with similar agencies in other countries, including NICE in the UK, Germany's IQWIG, the Danish National Board of Health and the Health Quality Authority in Ireland. It plans to deepen its participation in the European
Network for Health Technology Assessment and the European Network for Patient
Safety.