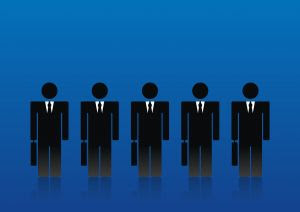 The National Institute for Health and Clinical Excellence (NICE) has announced plans to establish a framework of International Policy Consulting Partners (IPCP) - expert individuals or organisations which will work with the Institute in the growing area of its policy consulting work for overseas governments and other “governmental entities.”

Over the years, there has been significant and growing international interest in NICE’s methods and processes, and it is now developing capacity to provide consulting services to governments and others which are interested in its model of applying evidence to inform policy within their local country settings, says the Institute.

The policy consulting service is a small, non-profit unit which is accountable to NICE’s chief executive, Andrew Dillon. Its operating model is based on using external experts and partnerships with other science-based consultancies from the academic and non-profit world, with experience in developing NICE products and also in providing global development advice.

The Institute is calling for “expressions of interest” from individuals or organizations wishing to become IPCPs by 5.00 on October 9. Applicants “should be capable of bringing together, or of working within, multidisciplinary teams with expertise in methods and processes of evidence-informed health policy and practice guidance, as required, and of providing expert advice and high-quality analysis to decision-making within tight deadlines,” it says.

- NICE’s influence extends far beyond the UK and, last month, the US Congress took the first steps to establishing an American version, when legislation was introduced in the Senate to establish a Health Care Comparative Effectiveness Research Institute which would “review evidence and produce new information on how diseases, disorders and other health conditions can be treated to achieve the best clinical outcome for patients.”

And health ministers from around Europe told an international conference in Paris this month that they adopt appraisal decisions by NICE, or Germany’s Institute for Quality and Efficiency in Health Care (IQWIG), rather than developing their own guidances. Mr Dillon noted that while the Institute’s economic assessment work “recognises the reality of fixed resources, enables consistency in decision-making and helps direct our work into priorities,” it is also highly controversial. “The public is suspicious and the media generally hostile,’ he told the conference, which was organised by IMS Health and the French industry group LEEM,